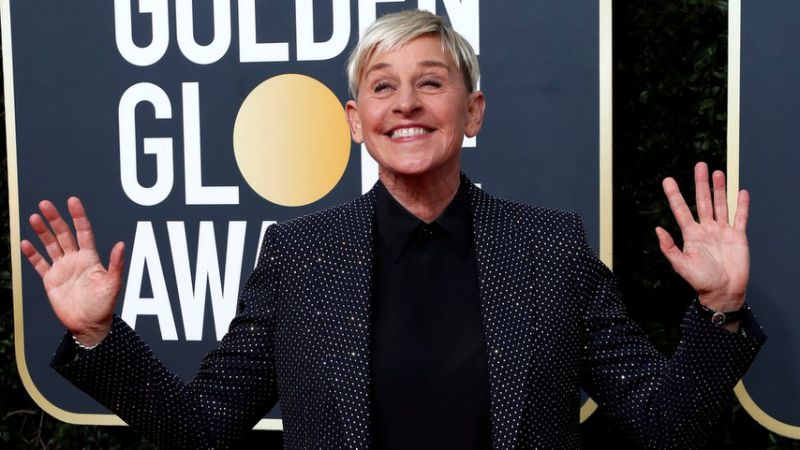 Three top producers of the Ellen DeGeneres Show have been fired amid allegations of misconduct and sexual harassment.

DeGeneres announced the overhaul in a video meeting with staff, and said an internal investigation was under way.

In a message to staff she said she was “so sorry for what this has become,” according to the Hollywood Reporter.

The departures follow investigations by journalists into claims of bullying and intimidation on set.

In a story published earlier this year, several former employees told Buzzfeed News they had experienced racism while working on the show, which has won over 60 Emmy Awards since it first aired in 2003.

Others accused Mr Glavin of inappropriate touching, and leading with intimidation and fear. Mr Leman and Mr Norman were also accused of sexual harassment by former staff.

In earlier statements to Buzzfeed News, Mr Leman denied “any kind of sexual impropriety,” and Mr Norman said he was “100% categorically denying these allegations.” Mr Glavin has not publicly responded to the claims.

DeGeneres initially distanced herself from the claims of a toxic work environment, saying in an email to staff that she had been “misrepresented” by “people who work with me and for me”. But she apologised to staff and said she was “glad the issues were brought to her attention”.

A host of celebrities, including singer Katy Perry and comedian Kevin Hart, have spoken out in support of the chat show host.

However, other stars have supported the claims made against her programme, among them Everybody Loves Raymond actor Brad Garrett.

In an email to staff, David McGuire, executive vice president of programming at Warner Brothers, said the studio was “absolutely committed” to “change and a new culture.

“Many of you have spoken with WarnerMedia’s investigators, and we thank you for your honesty,” he added, according to Buzzfeed News. “I hope this note is another way we are showing our commitment to do better.”